Posted on January 18, 2020 by Europe correspondent Leave a comment

Speaking to Anadolu Agency over the phone, Somali government spokesman Ismail Mukhtar Oronjo confirmed the attack in the town of Afgoye, in the lower Shabelle region.

“Several people including soldiers were killed and 20 others wounded, and casualties could rise,” he said.

He also said among those injured were Somalia’s deputy commander of special forces.

Separately, Bashir Ahmed, a police official in Afgoye, told Anadolu Agency that three people, including soldiers, were killed in the attack.

Turkish Health Minister Fahrettin Koca and the Turkish Embassy in Mogadishu said that some four to six Turkish citizens, including building contractors, were injured in the attack.

Posted on January 17, 2020 by Europe correspondent Leave a comment

The French Defence minister Florence Parly (pictured) expected to arrive to the Sahel on Sunday January 19 with her counterparts from Estonia, Sweden and Portugal, the countries ready to support Barkhane’s trooops in the fight against jihadist armed groups.

We support counterterrorism efforts in #Sahel by contributing to 🇫🇷 led operation in #Barkhane & 🇪🇪 has decided to double its military presence in the operation. pic.twitter.com/NIha1EtmOM

“We will continue to support our Sahelian partners and, in addition, we are calling for internationalization, for partners to join us to help the countries of the Sahel to fight this fight,” she added.

Estonia has confirmed its participation in the future coalition of special forces (“Takuba”) which France has taken the initiative to support by 4,500 troops of Barkhane in the Sahel. Sweden and Portugal could also be present.

“We are not alone and there will certainly be more of us there when, in the summer, this Takuba force, which will be made up of European special forces, will be able to accompany the Malian armed forces,” said Florence Parly.

“Barkhane does not act alone. The last operation that we conducted recently, more than 50% of the forces that were involved in this operation were partner forces, Sahelian and European. ”

Posted on January 17, 2020 by Europe correspondent Leave a comment

Libyan military leader Khalifa Haftar will hold talks in Athens on January 17, days ahead of a peace conference in Berlin which he and the head of Tripoli’s UN-recognised government Fayez al-Sarraj are expected to attend, France 24 TV channel reports.

“I hope that the parties will take this opportunity to put the future of Libya back in Libyan hands,” Maas said.

“When I visited in Libyen General Haftar made it clear: he wants to contribute to the success of the Libya conference in Berlin and is generally willing to participate. He has agreed to comply with the existing armistice” German Minister of Foreign Affairs Heiko Maas wrote on his Twitter microblog page.

However Greece announced it will block any European Union peace agreement for Libya, Prime Minister Kyriakos Mitsotakis said unless a maritime deal between Turkey and Libya is cancelled.

“Greece at the level of a summit meeting will never accept any political solution on Libya that does not include as a precondition the annulment of this agreement,” Mitsotakis told Greek television on January 16.

“To put it simply, we will use our veto.”

Mitsotakis is also disappointed Greece has been excluded from a peace summit on Libya to be held on January 19 in Berlin. He added it is wrong not to invite Greece and plans to fail a complain about it to Chancellor Angela Merkel.

Marshall Khalifa Haftar, the leading the Libyan National Army (LNA), arrived in Athens on January 16 to hold talks with Greek officials ahead of a conference in Berlin on the Libyan crisis, Milli Gazete said.

Germany has invited the United States, Russia, Turkey, France, Egypt, Britain, and others to the Libya summit. Both British Prime Minister Boris Johnson and U.S. Secretary of State Mike Pompeo will attend.

16.01.2020 Strasbourg The European Parliament adopted two resolutions on monitoring respect to the human rights and rule of law situation in Nigeria and Burundi.

Following the recent terrorist attacks in the country, the European Parliament strongly condemns the repeated violations of human rights and international and humanitarian law, ‘’whether based on religion or ethnicity’’. MEPs urge the Nigerian authorities to guarantee respect for human rights and to protect the civilian population from terrorism and violence. The fight against impunity is fundamental to the stability of the country and to building lasting peace, MEPs say.

The situation in Nigeria has significantly deteriorated over the last few years, posing a serious threat to international and regional security. Recent killings are part of a wider series of terrorist acts, including the attack on 24 December 2019 on a village near Chibok that resulted in the death of seven villagers and the kidnapping of a teenage girl.

The text was adopted by show of hands. For more details, the full resolution will be available here (16.01.2020).

6 years ago #BringBackOurGirls demanded to release hundreds of Nigerian school girls from the hands of Boko Haram. Not much has changed after 6 years. The violence in Nigeria must stop.

The #EU must act to prevent the poisonous and destructive spread of terror.#BokoHaram #Isis pic.twitter.com/Q8w7F0gnXt

MEPs strongly condemn the current restrictions on freedom of expression in Burundi, including the limitations placed on public freedom, large-scale violations of human rights, the intimidation and arbitrary arrests of journalists and broadcast bans. They recall that Burundi is bound by the human rights clause of the Cotonou agreement and therefore urge the country’s authorities to immediately revert this abusive trend and to uphold its human rights obligations.

My last speech in Strasbourg Parliament was on #FreedomOfExpression , imprisoned journalists&human rights defenders in #Burundi, and calling for their immediate&unconditional release.

Having been arrested myself for defending f.o.e. in London 3 months ago, I deeply care. pic.twitter.com/mWLsXL6LOp

Civil society and journalists play a vital role in a democratic society, MEPs say, particularly in the context of upcoming elections in Burundi. The European Parliament calls on the Burundian authorities to stop intimidating, harassing, and arbitrarily arresting journalists, human rights activists and members of the opposition, including those returning from exile.

The European Commission is mobilising a humanitarian aid package of €22.8 million to help address emergency food needs and support vulnerable people in Eswatini, Lesotho, Madagascar, Zambia and Zimbabwe. The funding comes as large parts of southern Africa are currently in the grip of their harshest drought in decades.

Many poor households in drought-affected areas in southern African countries are struggling to have enough food due to crop failure, reduced water access and unaffordable food prices. #EU humanitarian aid will help deliver food to those most in need and tackle the hunger crisis. https://t.co/Ktq9cuXBqx

“Many poor households in drought-affected areas in southern African countries are struggling to have enough food due to crop failure, reduced access to water and, in some places, unaffordable food prices in markets. EU humanitarian aid will help deliver food to those most in need and tackle the hunger crisis in fragile rural communities,” said Janez Lenarčič, Commissioner for Crisis Management.

The EU gives an additional 18.7 million USD to help address emergency food needs & support vulnerable people in #Zimbabwe amidst the harshest drought in decades, which is compounded in the country by governance challenges & a worsening economic situation. https://t.co/28yviXNz9n pic.twitter.com/4vWoD5Fppe

In Zimbabwe, €16.8 million from this aid package will boost food and nutrition assistance, as well as improving access to basic health care, clean water and providing protection to vulnerable people. The remaining amount will be channelled to providing food assistance and nutrition support in Eswatini, Madagascar, Lesotho and Zambia.

As large parts of southern Africa are facing the harshest drought in decades, we are mobilising a humanitarian aid package to address emergency food needs in Eswatini, Lesotho, Madagascar, Zambia and Zimbabwe. https://t.co/1BsJFjeXQJ

The Southern Africa and Indian Ocean region, as a whole, is prone to natural disasters and oscillates between droughts and floods that are destroying harvests and further weakening fragile communities. Since January 2019, the EU has allocated a total of €67.95 million for humanitarian assistance across the region. The bulk of this funding went for emergency relief assistance in the wake of natural disasters (cyclones Idai and Kenneth), food assistance, and helping at-risk communities equip themselves better to face climate-related disasters.

Posted on January 15, 2020 by Europe correspondent Leave a comment

Khalifa Haftar, Commander of the Libyan National Army (LNA), and head of the Government of National Accord (GNA) Fayez al-Sarraj have been invited to attend the Berlin conference on Libya set to take place on January 19, German Government spokesperson announced.
“Both have been invited,” she said. “I cannot say anything for sure regarding their participation.”
The conference is “the beginning of the negotiating process under the auspices of the UN,” the spokesperson continued. She noted that it is important to create conditions for Libya to be able to take part in the regulation process on its territory.

The international conference on Libya will take place on January 19 in Berlin. The German government’s press service informed on Tuesday that Russia, the US, China, the UK, Italy, France, Turkey, Egypt, Algeria, the United Arab Emirates, the Republic of the Congo, along with representatives of the UN, the EU, the African Union and the Arab League are set to take part in the conference.
During a meeting with Chancellor Merkel on January 11, President Putin said that in order to make the conference meaningful, the participants must be genuinely interested in support of Libyan conflict resolution.

Describing the situation in Libya and perpectives of Berlin process, while addressing the European Parliament the EU top diplomat Josep Borrell said: “We need to engage strongly, keep Libya united and find a peaceful solution to this conflict”

"We need to engage strongly, keep #Libya united and find a peaceful solution to this conflict" @JosepBorrellF talks at #EPlenary on the situation in Libya pic.twitter.com/ovx6zwD1bP

At present there is growing scepticim among experts and commentators about the potential of Berlin conference. The failre to sing an agreement between Haftar and al-Sarraj in Moscow is seen as a bad omen.

Erdogan is preparing to make the #Berlin conference on #Libya failhttps://t.co/e2qFAZwSJh

Posted on January 13, 2020 by Europe correspondent Leave a comment

Faced with a persistent jihadist threat, the leaders of the G5 Sahel countries and France announced the establishment of a new operational framework with redefined priorities and concentrated action on the so-called “three borders” area between Mali , Niger and Burkina Faso.

The military coalition will have a “joint command” between the Barkhane force and the joint force of the G5 Sahel, “by integrating our intelligence forces, our military forces” in the area of the three borders, “with a much stronger latitude of engagement. ”, said Emmanuel Macron.

“Beyond that, I decided to engage additional combat capabilities – 220 soldiers to initiate this dynamic will swell the troops already present on the Barkhane field”, which currently counts 4,500 men, added the French head of state.

“The priority is the Islamic State in the Greater Sahara (EIGS), which does not prevent us from fighting all the armed terrorist groups but it is the priority enemy because the most dangerous,” he said. for follow-up. A month after threatening to withdraw French troops from the region in a context of anti-French sentiment, Emmanuel Macron estimated that he had obtained the necessary “clarification” from his partners who in a joint declaration expressed the wish to see the Barkhane operation. 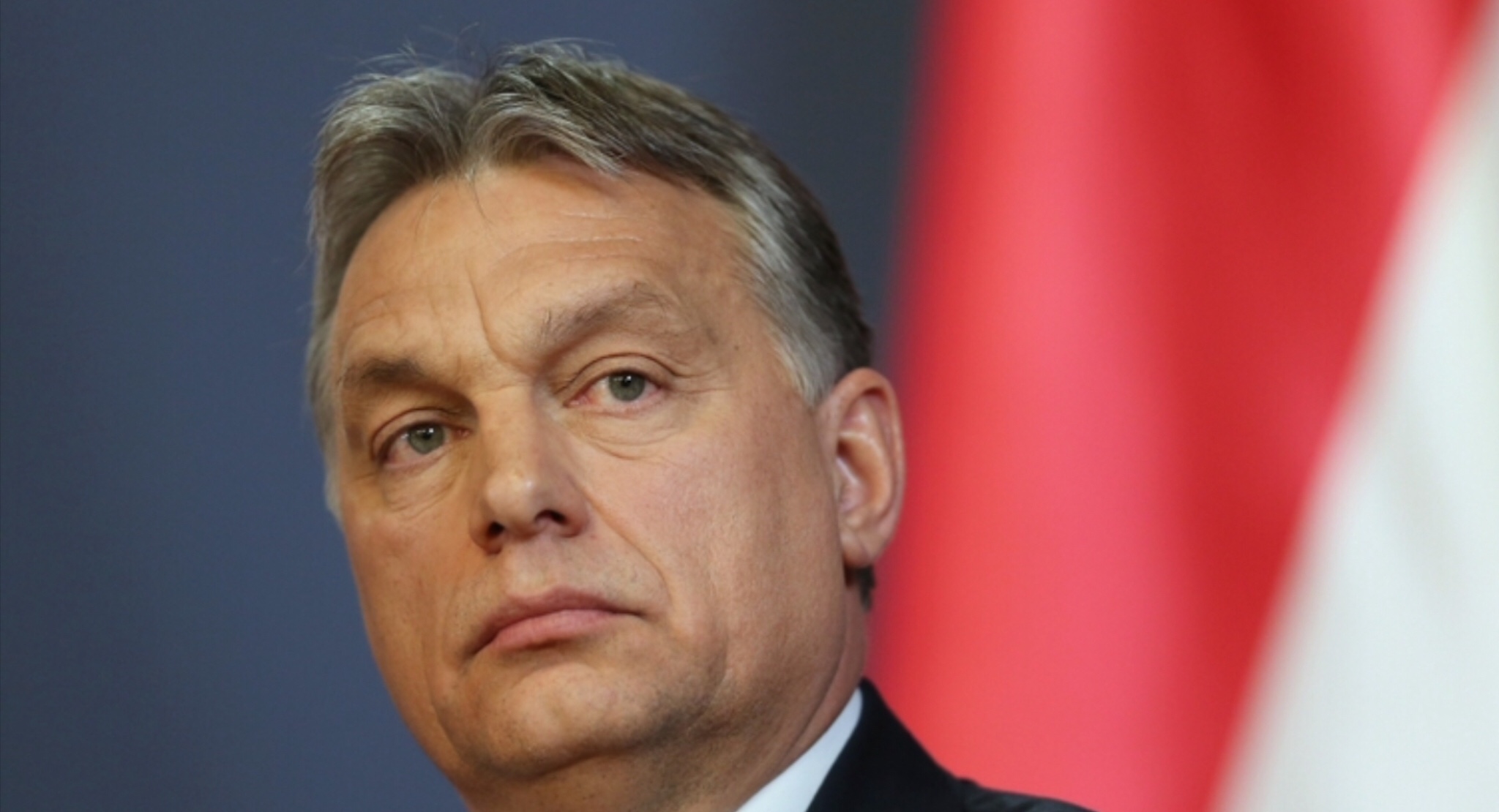