Posted on April 4, 2018 by Europe correspondent Leave a comment

The UK’s Victoria and Albert Museum has offered to return on loan to Ethiopia treasures seized by British troops 150 years ago, including an ornate crown, a royal wedding dress and a gold chalice.

V&A's Ethiopian treasures: A crown, a wedding dress and other loot https://t.co/2sQ8GrZ6ba

The overture came as some of the objects are display until June 2019 at the museum in London to mark the anniversary of the Maqdala battle in 1868.

Historians describe 15 elephants and 200 mules were needed to transport all the looted artefacts from Maqdala the capital of Emperor Tewodoros I.

“On 13 April 1868, the fortress of Emperor Tewodros II at Maqdala was besieged by British troops, – says the communiqué of Victoria & Albert Museum, announcing the display of the precious objects. “150 years later, to mark the anniversary of this significant and controversial period in Ethiopian and British history, this display presents a selection of Ethiopian objects and explores their connections to the so-called Abyssinia Campaign. The display highlights the craftsmanship and beauty of the Maqdala treasures within the context of the collection’s complex history.” 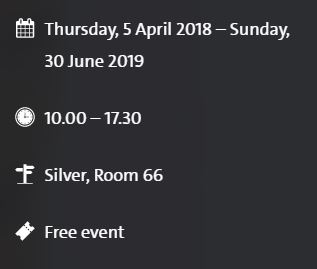 Crimes Group in support of Ukraine